What Bix Means to Me: Bent Persson 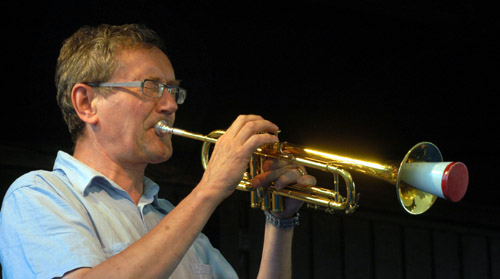 The renowned Swedish jazz king may be best known for his love of Louis Armstrong’s music but (contrary to some folks’ opinions) that doesn’t preclude being bonkers about Bix Beiderbecke.

He says: “I sure am a Bix devotee – I became one the first time I heard a record with him playing. I guess I was about 16 at the time, and I think it was his entry into his short solo on Humpty Dumpty that hit me.

“I can listen to that part over and over and feel the magic (and sadness) it expresses. Never was there a more beautiful (and more perfectly timed) cornet tone played than the one that starts his solo…

“Alongside Louis Armstrong, Sidney Bechet and Jelly Roll Morton, he was the most important jazz personality in the classic jazz of the 1920s. Of course you could describe his style as lyrical, melancholy, jubilant etc but there’s also a lot of other things in his music  – for instance, humour and an indescribable mystic quality, which turned everything he played into art.

“Above all, he was a true improviser – there are no solos in alternative takes that have any resemblance to each other in terms of choices of notes or approach. With Bix, hearing a second take for the first time is always a total surprise….”