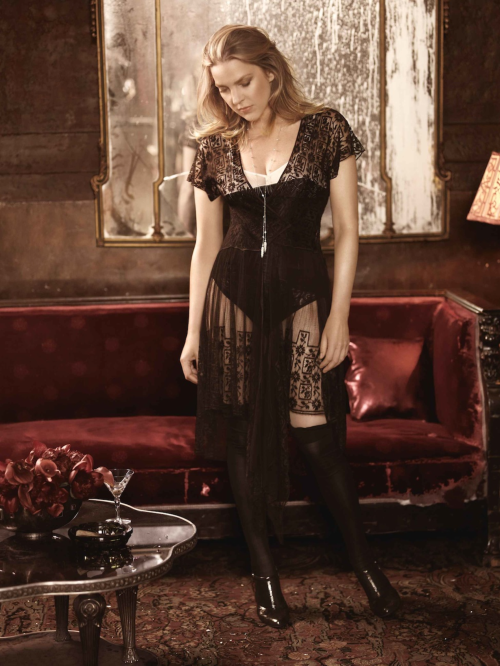 Well before its mid-October release date, Grammy Award-winning singer and pianist Diana Krall’s new album Glad Rag Doll had tongues wagging – and twits tweeting – thanks to its cover portrait of the artist reclining in a basque and stockings… But it turns out that the shocking aspect of Glad Rag Doll is not so much the fact that a well-established, 47-year-old jazz star would pose in lingerie to sell her record as the radical difference between this album and all her previous ones.

Whereas we’re used to hearing Krall’s sultry minimalist vocals backed by shimmering strings playing glossy bossa arrangements, her band here is very guitar-heavy – there’s a raunchy rock element to a couple of the tracks, and a country feel to others. And there’s a looseness, a spontaneity, occasionally a homespun quality, to this album that’s new.

The content is not autobiographical (just as well – given the inclusion of the gloriously gloomy torch songs Here Lies Love and Lonely Avenue), but Glad Rag Doll may well be Diana Krall’s most personal album to date. Not only does it feature a string of slightly obscure songs she has lived with for most of her life, but it also includes a notable contribution from her husband, one Elvis Costello, who plays ukelele among other instruments on the record, and can be heard on backing vocals too.

And furthermore, its producer, the man whose “voodoo magic is all over it,” as Krall explains, is close friend of the Krall-Costello family T-Bone Burnett, a man whose musical knowledge straddles country, rock, bluegrass, folk and the “old-timey” music of one of the hit films he worked on – O Brother Where Art Thou.

Indeed, Burnett’s influence is the key to trying to explain what sort of record this is: it is an album of many different flavours, as it’s the result of the collaboration of a number of artists – notably the guitarist Marc Ribot – who all draw on wide-ranging influences and move seamlessly between musical genres. Krall laughs at her own attempts to categorise it – “well, that only took five minutes!” – but settles on it being “something very unique”. She says: “It’s like if you cast a movie with great actors who are all coming from different disciplines. They’re all great and when they’re all together, you get something unique. I think there’s a Tom Waites quote: ‘Once you figure out what it is, 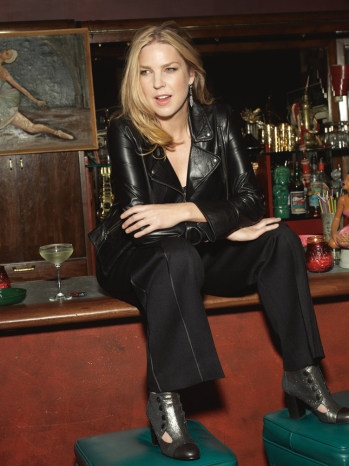 Part of the need to ask her about categorising it comes from the record company’s PR telling me that this is NOT a jazz album, that it’s not being positioned as such. And yet, when I listened to it, I found there were plenty of delights for the fan of classic jazz, with some of the tracks bound to appeal to anyone who’s enjoyed the music of Marty Grosz or Leon Redbone. “Who told you it was a move away from jazz?” asks Krall in disbelief. “Oh, boy,” is her response when I tell her. “It’s definitely rooted in jazz!”

When I first interviewed her, 14 years ago, we fell to chatting about Garrison Keillor’s Prairie Home Companion radio show, and, listening to Glad Rag Doll, I was struck by the front porch treatment of some of these lovely old pop songs and how they were exactly the kind of thing you might hear on Keillor’s show.

“That is a compliment to me,” she says. “A lot of that is from my mother. She loved that music, and I grew up listening to that radio show every weekend. And I also heard things that my dad played – he belonged to 78 record clubs in England. I grew up listening to everything from George Formby and Harry Lauder 78’s to Supertramp and Elton John.”

The album was born out of a desire to do something with some of the 1920s songs that Krall had fallen in love with as a girl. “Two years ago I recorded them in the studio by myself – with a view to putting out a solo record. I did a solo show at the Montreal Jazz Festival but then wasn’t so sure I wanted to spend the next couple of years doing that.

“I decided I’d like to try something different, with a different producer (I’ve worked with Tommy LaPuma my whole career), and I decided that T Bone would be the person who would know best what to do with the songs of the
1920s without making a nostalgic record, or a traditional record. I knew he would bring something unique to it with the artists that he chose.This is different than if you take the repertoire of someone like Duke Ellington or some of those early jazz recordings which you would want to recreate because they are as important as classical music; these songs have been re-imagined. It takes a lot of imagination to go from the original Let It Rain and make it into this Let It Rain.

“If you go on YouTube, which is the only place you’ll find it, you’ll hear Gene Austin singing it. It’s someone’s gramophone being filmed – you see the cat coming in and out! – and you would almost never guess that it was the same song. Therein lies the key of the creative click of the kaleidoscope.. Someone described this as an album of covers, and that makes me cringe because the imagination required to take something that’s just ukelele and corny piano and make it into a gospel tune is significant. I’m not saying the original recordings weren’t good but there was definitely more creative imagining involved in this than with the songs from the Great American Songbook that I’ve done.”

Krall was clearly daunted by the different approach involved in working with Burnett. “We went into it without a lot of discussion,” she says, laughing. “I gave T Bone a CD of 35 songs, and when we went into the studio, I had no idea what we were going to do. The first one we tried was one I was comfortable with, There Ain’t No Sweet Man That’s Worth the Salt of My Tears – I’ve known the Bix Beiderbecke and Bing Crosby version all my life – and I heard Ribot playing this sort of Howlin’ Wolf thing and I thought: ‘Aaah, I see what we’re doing..!’ I think that fear of the unknown, in the creative sense, is sometimes the best place to put yourself because that’s when things happen naturally.”

Krall may have had 35 songs ready to choose from but one of the stand-outs, A Little Mixed Up, an R’n’B tune recorded by Ray Charles, was sprung on her by Burnett at 10pm the night before she went into the studio and released her inner Elvis (Presley, that is). And the Buddy Miller ballad Wide River To Cross was one that she suggested to the musicians and then recorded more or less on the spot.

As an old movie fan, Krall often describes things in film terms, and she says that what always particularly appeals to her is “if I can find the short film in my head of what it’s about”. The filmic aspect really came into focus for her with the tender title track which is heavily associated with the legendary Ziegfeld Follies shows of the 1920s. Recorded by the torch singer and Ziegfeld star Ruth Etting, it tells it as it was for some of those chorus girls who “had a tough time and often died very young and tragically.”

And it was the exquisite official portraits of Ziegfeld girls, taken by their official photographer Alfred Cheney Johnston, in various states of arty 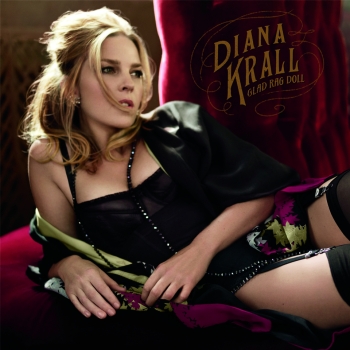 undress that inspired the photo shoot for Krall’s album. The singer worked with the Oscar-winning costume designer Colleen Atwood on the look. “Just as we didn’t want to completely recreate the 1920s in the music, we didn’t want to recreate the Cheney Johnston pictures. So the hair is more modern. It’s like Faye Dunaway in Bonnie and Clyde – her hair was more 1960s than 1930s. I think mine here is like Sharon Stone in Casino meets the 1920s, which is fine – it gives it a rock ‘n’ roll edge.

“The fact is: I’m playing a character. I’m not changing or reinventing myself – I’m not going to go on stage like this. It’s the movie poster. People don’t go to the premiere of Boardwalk Empire dressed in what they wore in the show. I feel like this is just a different movie for me…”

* Glad Rag Doll (Verve) is released in the UK on October 15. Diana Krall performs at the Royal Albert Hall on October 30th and 31st.

This feature was first published in The Herald Arts magazine on Saturday, October 6th, 2012.