Oscar Peterson & Ben Webster: During This Time (Art of Groove)

Not only is this previously unreleased live quartet performance from 1972 available here in CD form, but the two-disc pack also includes a 64-minute DVD of the film footage of the concert so fans can enjoy a wonderful opportunity to watch two giants of jazz in all their seventies splendour (Peterson’s a vision in pink checked suit and Crayola Violet Red tie). The camera gets so close, in fact, that it’s possible to study the legendary tenor saxophonist Webster’s embarrassed facial expressions as his masterful solo on I Got It Bad And That Ain’t Good is applauded, and to count the beads of sweat on the Peterson brow. Among the non-stop musical highlights are the funky Poutin’, a rollicking Cotton Tail and particularly gorgeous versions of such ballads as Duke Ellington’s sublime Come Sunday.
Various Artists: Unissued on 78s – Jazz & Hot Music 1927-1931 (Challenge Records/Retrieval Records) 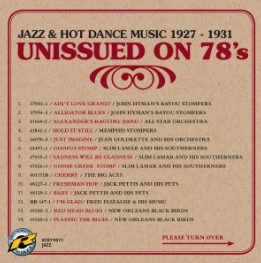 As Chris Ellis’s liner notes make clear, the 24 tracks on this wonderful compilation may have appeared on LPs and CDs, but none were ever issued on 78s – and several have never previously been heard at all. If you want a flavour of the kind of hot jazz that the cool college kids were dancing to in the last few years of Prohibition, this CD is ideal. Featuring music by some of best white bands of the day, it boasts Benny Goodman, Bix Beiderbecke, the Dorseys, Hoagy Carmichael, Joe Venuti  and Miff Mole in its impressive line-up, as well as a raft of excellent but lesser-remembered musicians. Bix fans will delight in the rarely available Deep Down South plus Just Imagine, a track which fires debate about whether it’s Bix or a disciple playing. There’s even pleasure to be had in the Wodehouse-worthy names of such musicians as Snooks Friedman, Nappy Lamare and Fud Livingston.
Rene Marie: I Wanna Be Evil – With Love to Eartha Kitt (Motema) 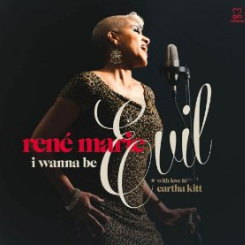 She may have sworn never to record a tribute album, but the American vocalist Rene Marie has produced a winner with this homage to Eartha Kitt, whose spell – as she eloquently explains in her fascinating liner notes – she first, unwittingly, fell under when Kitt played Catwoman in the Batwoman TV series and Rene was a black-female-role-model hungry ten-year-old. The homage only extends to the choice of songs and the spirit of sexual abandon that Rene Marie conjures up; her breathy, lush voice – thankfully, for those of us who find a little of Kitt goes a long way – is nothing like the original, and the arrangements are re-imaginings of the familiar Kitt versions. Her accompanying sextet features an impressive contribution from Adrian Cunningham on clarinet.
Scott Hamilton: Swedish Ballads and More (Stunt)

The great American tenor sax star is now an elder statesman of the jazz scene and he seems to be recording more prolifically than ever. This new CD finds him in the company of a Scandinavian trio and playing mostly songs with a Swedish connection. As ever, it’s a joy to hear his big, authoritative tone, lyrical style and the easygoing bounce which gives way to some barnstorming swinging on the uptempo Swing in F. Hamilton is a master balladeer and this album’s stand-out is You Can’t Be In Love With a Fool, a pretty ballad penned in 1953 by a Swedish songwriter named Ulf Sandstrom, which is also notable for Jan Lundgren’s elegant pianistics.
Dominic Alldis Trio: A Childhood Suite (Canzona Music)

Four years ago, the English pianist, composer and arranger Alldis released Songs We Heard, a collection of piano trio improvisations on nursery rhyme themes. With A Childhood Suite he revisits 14 of these tunes, in the company of a string orchestra – and the results are lovely, with the strings adding a richness and cinematic quality to the proceedings, while contrasting with the lightness of Alldis’s piano touch. There are some memorable moments of witty interplay between piano and strings, notably on London Bridge and I Saw Three Ships, and a funky arrangement of Three Blind Mice that’s so catchy it could change the way you sing that tune ..
Liane Carroll: Ballads (Quiet Money) 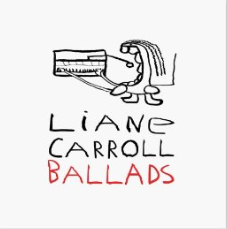 The unimaginative title of British singer-pianist Liane Carroll’s new album belies the unexpected choices of songs included. Against a backdrop of strings arrangements (particularly effective on the Sinatra classic Only the Lonely) or accompanied by guitar – as she is on such gorgeously simple and affecting tracks as the opener Here’s to Life and the slowed-down Will You Still Love Me Tomorrow – Carroll sets out her stall as a passionate, gutsy interpreter of songs, with a larger-than-life musical presence and soul-oriented vocal style.