Remembering Chet – and Gerry, Rose Theatre ****
The deservedly popular tribute group Remembering Chet – a swinging trio with Iain Ewing (vocals) and Colin Steele (trumpet) reflecting the twin facets of the late, great Chet Baker’s music-making, and Euan Stevenson (piano) accompanying them – has been a staple of the last few Edinburgh Jazz Festivals. For this year’s event, on Saturday lunchtime, the band added a new dimension by bringing baritone saxophonist Billy Fleming in to the mix, thus allowing them to broaden the programme out to include some of the classic numbers Baker recorded with Gerry Mulligan in the 1950s.
It certainly gave the group – which, Ewing explained, he had been about to retire – a new lease of life; Fleming’s graceful baritone forming a formidable front line with the ever-eloquent Steele trumpet, notably in their unaccompanied climax to Bernie’s Tune, one of the compositions famously recorded by Baker and Mulligan’s radical piano-less quartet but here benefitting also from Euan Stevenson’s elegant keyboard skills.
Ewing, as ever, kept his patter lighthearted and often very funny to offset the melancholy that characterises the greatest hits from Baker’s back catalogue as a singer. As Steele headed offstage to sit out one ballad, Ewing quipped: “Colin’s away to mainline in the toilets. We are a Method Chet Baker tribute band. I, of course, represent Chet Baker after he died.”
As for those melancholy songs, Ewing – like Steele on trumpet – did his usual terrific job of stylishly channelling the Baker hallmarks – wistfulness, a soft, gentle tone, simplicity and vulnerability – while avoiding sounding like an impersonator. The many highlights included I Get Along Without You Very Well, which featured an exquisite, Satie-esque accompaniment from Euan Stevenson.
* First published in The Scotsman on Monday July 24th

Remembering Chet Baker, City Art Centre ****
It may sound like the title of a show, but Remembering Chet Baker is the name of the Scottish trio which, for the last four years, has been celebrating the music and musical style of the jazz icon who died prematurely 28 years ago. As they hinted during Monday afternoon’s performance, there’s not much point in celebrating Baker’s life or him as a person: he seems to have hurt everyone in his life and, by all accounts, was really not a very nice human being.
That, combined with the inescapable fact that Baker was a master of melancholy famous for such mope-fests as the misery-laden ballads The Thrill is Gone and You Don’t Know What Love Is could have made one suspect that this would not be the cheeriest way to spend a Monday afternoon. However, nothing could have been further from the truth – thanks to the fact that singer/presenter Iain Ewing punctuated proceedings with cheeky patter, and kept the mood light.
Both Ewing and trumpeter Colin Steele, who was on top form, have clearly been influenced by Baker’s lyrical, pared-back style and gentle, soft tone – but, refreshingly, neither attempts to mimic him or recreate his solos. It’s as if both musicians have been so steeped in Baker’s recordings that they can give the standards associated with him a lovely, Baker-esque, flavour, without resorting to impersonations.
Among the specific highlights were the classy, upbeat opener There Will Never Be Another You, which featured the first of a series of gorgeously understated solos by Steele; pianist Euan Stevenson’s elegant, Satie-like accompaniment on I Get Along Without You Very Well, and the two instrumentalists’ electrifying duet on All the Things You Are.
* First published on HeraldScotland, Wednesday July 20th 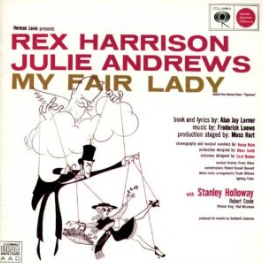 The wonderful songs written by Lerner & Loewe for the 1956 Broadway musical version of Pygmalion have long been favourites of discriminating jazz musicians – especially trumpeters, from Chet Baker to Ruby Braff. Now, for the first time, it’s the turn of the lyrical Colin Steele and his dynamic pianistic partner in crime, Brian Kellock, to serve up their take on such loverly melodies as The Street Where You Live, Show Me and I Could Have Danced All Night. With a little bit of luck, they’ll invite the audience to shout out the key line on The Ascot Gavotte. ..

* Remembering Chet, The Jazz Bar, August 16th & 18th. Scottish vocalist Iain Ewing’s must-see homage to the great Chet Baker was a winner at the Edinburgh Jazz Festival and last year’s Fringe … Accompanied by the Baker-inspired trumpet of Colin Steele and  Euan Stevenson’s classy piano, he sings and swings with a Chet-like simplicity and elegance, while putting his own stamp on a string of classic Baker songs. No need to bring the hankies in readiness for Baker’s tragic life story; Ewing’s patter is witty as well as informative. A funny – and stylish – valentine.

Mr Stilgoe’s love of film shone through on his fab solo show a couple of years ago, when he seduced the Fringe audience with a bittersweet ballad inspired by the masterful, bittersweet Billy Wilder movie The Apartment – (That’s The Way It Crumbles) Cookie-Wise. Now he’s back with a trio gig entirely themed around songs from the movies, including (if the CD of his London Jazz Festival Songs on Film concert is anything to go by) a mixture of more of his original tunes as well as favourites from his formative years in film buffery.

* The Cabinet of Caligari, The Jazz Bar,  August 13th-15th; 18th & 19th. And speaking of film, if you like your silent movies to be screened with atmospheric original music, check out the screenings of the Expressionist classic The Cabinet of Doctor Caligari (1920) which will be accompanied by a performance by guitarist Graeme Stephen of his new, specially written score.

* Jazz Rite of Spring, The Jazz Bar, August 20th-24th. Pianist David Patrick’s reimagining of Stravinsky’s groundbreaking and riot-inducing masterpiece has been critically acclaimed; my Herald colleague Rob Adams describing it as “highly credible and genuinely exciting”. I haven’t heard it yet but am intrigued by the “12” certificate. Maybe they’re expecting Paris-style trouble; let’s hope The Jazz Bar has the riot police on speed dial..