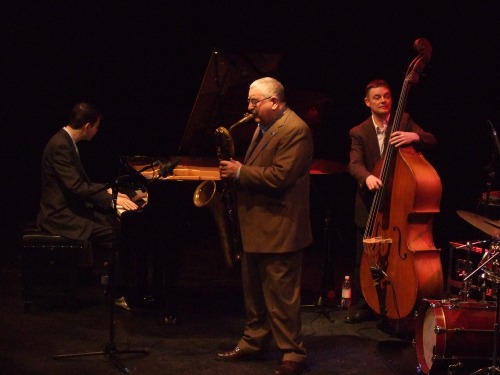 Joe Temperley, who has died at the age of 88, was a giant of the baritone saxophone and the first Scottish jazz musician to make it on the New York scene. In a career which spanned seven decades, he worked his way through the best British dance and jazz bands before moving to New York and doing the same there, serving in no less prestigious an organisation than the Duke Ellington Orchestra and, later, its closest modern-day equivalent – Wynton Marsalis’s Jazz at Lincoln Center Orchestra.

That Temperley was regarded as an integral part of that ensemble’s sound and success was obvious even before he was honoured with a concert in his name last year. Wynton Marsalis told one magazine: “It’s difficult to express in words the depth of respect and admiration we have for Joe. And it’s not just about music. It’s also a personal, a spiritual thing. His approach is timeless. And he’s the center of our band.”

In addition to his long association with that band, Temperley was also an educator who taught at Juilliard and the Manhattan School of Music, and was a guest mentor for the Fife Youth Jazz Orchestra during his regular visits back to Scotland where he kept up with his extended family and the jazz community here. In the hours after his death was announced on Wednesday afternoon, Facebook was flooded with heartfelt messages from students who had benefitted from Temperley’s teaching.

Until old age and ill health took their toll, Temperley was a big, physically imposing figure who seemed physically to embody the history which he represented; a history that spanned the dance band era, the big bands, bebop – and was peppered with musical and social encounters with such icons as Billie Holiday and Ella Fitzgerald, in whose final concert he played.

His burly figure, often gruff manner and stern appearance could make grown men – such as his favourite UK pianist, Brian Kellock – quiver in their boots. In the jazz room at Hospitalfield House in Abroath, a large photo of Temperley hangs on the wall behind the bandstand. Its subject appears to glower over in the direction of the piano. “It’s really quite disconcerting,” says Kellock, “even though, once I got to know him, I discovered that he was really a big softie.”

The cumbersome baritone saxophone was an appropriate instrument for a towering figure such as Temperley – but it wasn’t cumbersome in his hands. Famously, he could coax the most tender and romantic sounds out of it (fellow saxophonist and jazz educator Tommy Smith yesterday compared the Temperley sound to “sweet velvet”) – as exemplified in recent years on his chosen Scottish encore, an unaccompanied performance of My Love is Like a Red, Red Rose in which the melody was caressed in such a gentle and exquisite way that you knew he was singing the words in his head. It stopped the show every time.

The son of a bus driver, Joseph Temperley was born in the mining town of Lochgelly, in Fife, in 1927. The second youngest of five children, he left school at the age of 14 when his mother secured him a job in a butcher’s shop. By this time, he was already playing cornet alongside his elder brother, Bob, in the Cowdenbeath Brass Band – and it was Bob who bought the youngster his first saxophone, an alto, so he could join his dance band. As Temperley liked to tell it later, he had six months of lessons and then ended his musical education because, by that point, he could play better than the teacher. “All the stuff that I learned, I learned by doing,” he said.

The teenage Temperley formed a band called the Debonairs, in which he played tenor sax. Speaking in 2010, he recalled: “I had a horse and cart and I would go round all the villages during the day, trying to sell meat. Then at night I’d play sax in dance bands!”

When the Debonairs took part in a dance band competition organised by Melody Maker, Temperley’s talent was spotted and he was invited to play with the winning band. At the age of 17, he left Lochgelly for the bright lights of Glasgow where he played at the Piccadilly Club on Sauchiehall Street for 18 months.

During the days, he would augment his earnings by playing snooker. “The guys in Glasgow thought that I was just some country boy from Fife and they would be able to take a few bob off me – but they didn’t know that I had been playing snooker at the Miners’ Welfare for years. The days were quite profitable for me!”

When Tommy Sampson’s band, one of the most popular of the period, came to play at Green’s Playhouse, Temperley went along for an audition and was signed up on the spot. Not yet 20 years old, he moved to London to take the tenor chair in the Sampson band – “the first time I was in a band that was sort of regimented”. He then joined the Harry Parry band, with which he had his first experience of foreign travel, then moved onto Joe Loss’s band, then Jack Parnell’s and Tony Crombie’s (with Annie Ross on vocals) before settling into what turned out to be eight year stint with Humphrey Lyttelton’s band, during which he switched to the baritone sax. “That was the start of my professional career,” he later said. “The rest was incidental.”

With “Humph,” Temperley met many top American musicians – Louis Armstrong, Billie Holiday, Thelonious Monk, Cannonball Adderley, Anita O’Day. “The first time I came across iced tea was when Cannonball Adderley ordered it,” he recalled in 2010. “I thought: ‘what’s that?’!”

Temperley’s first taste of New York, the epicentre of jazz, was with Lyttelton’s band in August 1959. “I arrived wearing a Harris tweed jacket. It was so hot, I’d sit in the bath all day and only go out at night!’ After returning from three weeks in jazz heaven, Temperley was desperate to get back – and in December 1965 he did so, permanently.

After six months without a gig, Temperley was approached by Woody Herman to join his band for a series of one-nighters, but after two years on the road, he had had enough and returned to New York where he freelanced quite contentedly for several years, with a regular gig with the Thad Jones and Mel Lewis Jazz Orchestra every Monday at the famous Village Vanguard club. He met everyone there. “Miles Davis came in two or three times. And Charlie Mingus, André Previn, Bill Evans. People from the Ellington band. Monday night was a big social scene, and some marvellous people came down there.”

In the early 1970s, he worked with Frank Sinatra – an experience he alluded to during An Evening With Joe Temperley, a special duo concert-cum-trip-down-memory-lane he gave with Brian Kellock at the 2010 Edinburgh Jazz Festival. When Kellock interrupted Temperley’s roll call of stars he had met to ask if Sinatra was a nice guy, the audience got a typically frank reply: “The bass player who worked with him for 20 years was leaving the band. As he left, he said to Sinatra ‘I’m off’. And Frank Sinatra replied: ‘I don’t talk to the help.’!”

A change of direction came in October 1974 when the pastor of the Lutheran Church on 54th Street, the church which serves New York’s jazz community, asked Temperley to play at the funeral of Harry Carney, the great baritone saxophonist who had played in Duke Ellington’s band for 45 years.

“I played Sophisticated Lady at Harry’s funeral – and that’s how I got the job replacing him in the Ellington band,” recalled Temperley as he introduced that number at the 2010 jazz festival. Temperley spent ten years in the Ellington band – by now run by Mercer Ellington – before becoming one of the original members of the Jazz at Lincoln Center Orchestra in 1990; a gig which he described as being “like a real job with health benefits, dental benefits, a pension”.

Until relatively recently, he was still touring the world with the orchestra. Latterly, he claimed that the only thing that troubled him about the sax was carrying it. Despite his obvious frailty, he turned in a series of terrific and surprisingly robust performances, switching between the baritone and the bass clarinet during a mini tour with Brian Kellock which turned out to be his final visit to Scotland in March 2015. 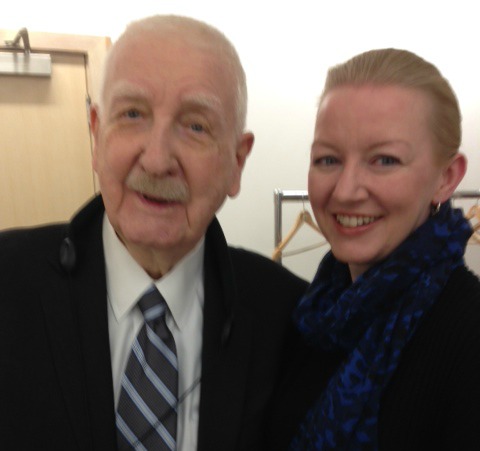