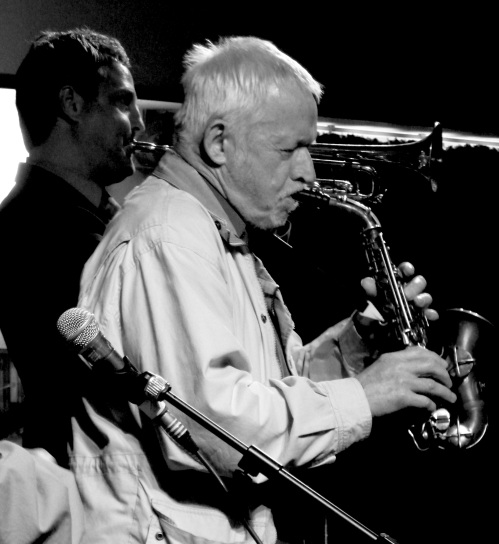 Jim Galloway, who has died at the age of 78, was one of the leading exponents of the soprano saxophone in jazz. Not only was he a wonderful musician and organiser; he was also one of the warmest, friendliest and least egocentric of talents. A kind, witty character with a mischievous twinkle in his eye and gentle west coast accent which he never lost, despite having spent more of his life in Canada than in his native Scotland, he loved the music, loved other people who loved the music, and seemed to represent what’s best about the jazz community – its spirit of camaraderie.

Any time his name came up in conversation – whether with American, Scottish or French musicians – eyes would light up, and somebody would tell a story and want to be remembered to him. It’s impossible to separate the man from the music: both were full of infectious, often gleeful, enthusiasm and irrepressible joie-de-vivre. 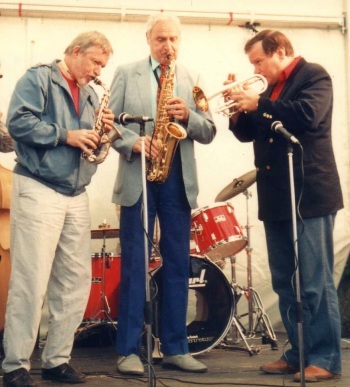 American cornettist Warren Vaché says: “He was a caring and honest musician whose sense of fun and humour were always present, and whose love of puns in speech seemed to translate into a love of quotes in his solos.” Glaswegian clarinettist Forrie Cairns – who first met “Jimmy” at the Evening Times’ annual Jazz Band Championships at the St Andrew’s Halls, when Galloway was with the Esquire Jazz Band and he was with the Jim McHarg Jazz Band – remembers him as “one of the few true gentlemen of jazz”.

James Braidie Galloway was born in Kilwinning, Ayrshire, in 1936, and raised in Dalry. During his teens he taught himself to play the clarinet (the only music lessons he had as a child were on the chanter for the bagpipes), and spent all his pocket money on jazz records. In a 1992 interview with Jazz Journal, he said that hearing a chorus by Frank Teschemacher on the Eddie Condon Quartet recording of Indiana was a defining moment. “I’ve never copied a chorus played by another musician. But I do remember that I sat there and laboriously wrote out Teschemacher’s chorus on that recording. It really made an impression.”

An avid radio listener, the teenage Galloway soaked up inspiration from many instrumentalists, notably trumpeter Louis Armstrong, trombonist Vic Dickenson and saxophonists Johnny Hodges and Ben Webster. But, as was evident in later life when he was at home in any jazz context, he also grew up listening to the emerging bop players. His late teens coincided with the trad jazz revival, when there were plenty of opportunities for a young jazz clarinettist to play every weekend in Scotland’s major cities, and the unlikely mecca for trad enthusiasts in Glasgow was Whitecraigs Tennis Club, on the southside. 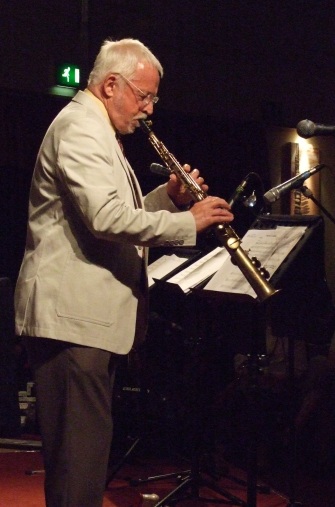 By 1964, the scene had changed. Gigs were fewer and further between and Galloway’s “itchy feet” took him to Canada. He arrived in Toronto on Saturday, July 4, 1964 and, decades later, said: “I still remember the first evening. I went in to this place called the Colonial Tavern and literally stopped dead in my tracks. My first night in North America, and there’s a bandstand and on it are Herman Autrey, Vic Dickenson and Buster Bailey.. I thought “Jesus Christ! This is heaven!”

Due to union rules, Galloway couldn’t operate immediately as a full-time musician so he took on design work, but he involved himself in the Toronto jazz scene right from day one, sitting in on jam sessions and playing with several local bands. In 1967, he joined the Metro Stompers, led by the afore-mentioned fellow Scot Jim McHarg. Two years later, McHarg asked him to take over – and this indirectly gave birth to the other major strand of his jazz career: as an organiser. Within months, Galloway had brought in his first guest star – the legendary stride pianist Willie “the Lion” Smith. This led to Galloway booking such other ageing greats as pianist Teddy Wilson into the club Bourbon Street.

A fallow period for musicians in the early 1970s led to Galloway breaking up the band, and taking a high school teaching job. But in 1975, his international jazz career was launched when his drummer friend Paul Rimstead put together a band that included Galloway and Buddy Tate on saxes and Buck Clayton on trumpet, and took it to jazz festivals in France. “It changed my life,” Galloway later said. “I quit teaching on the strength of five weeks’ work. I remember going to the principal’s office to resign. He thought I was crazy.”

By now, he was playing saxophone – mostly soprano, but he had also mastered alto, tenor and baritone. (Indeed, the last time I heard Jim Galloway, at the 2012 Norwich Jazz Party, he surprised everyone by playing a duo set on a baritone borrowed from Karen Sharp five minutes before kick-off. It was the highlight of the weekend.) He played the straight soprano sax from 1967, until three years later, when a drummer pal gave him a shot of a curved one and “it was love at first blow.” His sound on soprano was utterly distinctive and owed nothing to anyone, especially not to its most famous exponent, Sidney Bechet.

In 1985, Galloway and his then-wife Rosemary, were commissioned to write a major composition, entitled Hot & Suite, to be performed by the Scottish National Orchestra plus jazz ensemble at the Edinburgh International Festival. The hour-long piece featured a host of jazz musicians (including Warren Vaché) who had performed at the Edinburgh Jazz Festival that week. 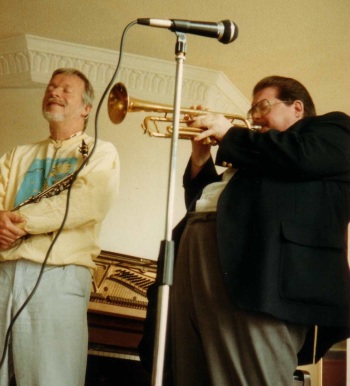 In 2002, Galloway received the most prestigious arts award in France when the government made him a Chevalier des Arts et des Lettres for enriching French culture.

In Toronto, the tireless Galloway kept a 17-piece group, the Wee Big Band, going from 1978 until his death, recorded a string of albums for Sackville Records, hosted a radio show through the 1980s, and went on to co-found what became the Toronto Jazz Festival in 1987. He was its artistic director until he retired from the post in 2009, by which point he was also a columnist for The Whole Note magazine. In the Toronto Star’s obituary of Galloway, Fay Olson – one of the team which produced the festival– said: “Toronto wouldn’t have a jazz festival if it wasn’t for Jim. He was a lovely guy, one of those who sees the good in everyone and always finds a reason to laugh.”

Indeed, the worst anybody could say about him is that he couldn’t keep his puns to himself.

He died after several months’ illness, and is survived by his second wife, Anne.