This international group has a loyal following thanks to its exhilarating fusion of Evan Christopher’s exotic clarinet sound with the Hot Club format of the trio, and invariably provides a five-star live listening experience so it’s no surprise that this CD, a selection of numbers recorded during its autumn 2012 tour, is nigh-on sensational. As ever, Christopher thrills with his dynamic, dramatic soloing and the exciting interplay with the superb lead guitarist David Blenkhorn. While most of the titles feature on the quartet’s previous CDs, there is a handful of new tunes – among them One For the Duke, a sublime take on the Ben Webster-Johnny Hodges number I’d Be There.

The 208 Rhythm Club was a half-hour programme broadcast on Radio Luxembourg in the early 1960s and featuring groups promoting new recordings they had made at the Lansdowne Studios, to be issued by EMI’s Columbia subsidiary. This CD comprises two terrific 1961 sessions recently unearthed and presented here unedited and remastered – one by Al Fairweather & Sandy Brown’s All Stars and the other by Humphrey Lyttelton and his Band (featuring Tony Coe and Joe Temperley). Everyone is on top form; the Fairweather-Brown session is a typically uplifting affair, featuring such classic Brown tunes as Glories in the Evening, Harlem Fats and Bimbo, while the Lyttelton one boasts a couple of stunning Ellington numbers.

Dean Street, as anyone who has ever sought out top-notch jazz in London knows, is the Soho address of the Pizza Express jazz club which, for decades now, has played regular host to the great American tenor saxophonist Scott Hamilton who plays residencies there several times a year. This sensational session was recorded during a final night in his festive season run of early 2012, and it shows the one-time regular fixture on the British touring circuit in magnificent form, blowing up a storm with his longstanding London trio. Highlights include a gorgeous bossa version of Sweet and Lovely (with signature, masterful Hamilton intro), a riotous Jitterbug Waltz and a sublime If I Had You.

A versatile Danish pianist, composer and conductor, Nicolaj Bentzon returned to his first love, the classic jazz piano trio, for two dates at Copenhagen’s famous Jazzhus Montmartre club last summer. Given that he’s the latest star of a composing dynasty that stretches back two centuries, it’s no surprise that Bentzon’s ten-tune set includes five original numbers – notably the gentle and classical-flavoured Flyv Fugi, Flyv and Cantilena Elegiaca. His style is exciting, occasionally explosive, and (as the liner notes say) effervescent, with traces here and there of the influence of Oscar Peterson and Erroll Garner.

Lee Wiley (1908-1975) is one of the most criminally overlooked jazz singers but she was, and is, one much adored by musicians. Before Ella Fitzgerald recorded her first “songbook” album, the smoky-voiced Wiley had already earned the admiration of Gershwin, Porter and co with her classy, sassy, swinging and sexy interpretations of their songs. The quartet of LPs included here stem from the 1950s and include her sublime and iconic Night in Manhattan, as well as two classic big band/orchestra albums – the glorious West of the Moon, and A Touch of the Blues. 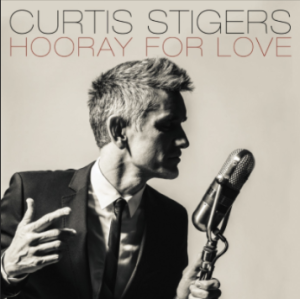 Given his recent track record – of dishing up exclusively (as he put it) “sad songs or songs about sex” – you might expect Down With Love to be the title song of a Curtis Stigers album, but the soulful, craggy-voiced singer has clearly turned born-again romantic in the time since his last CD was released, and is spreading the word via a mixture of swinging standards and original numbers which are new but sound as if they’ve been torn from the back pages  of the Great American Songbook. The Gershwins’ Love Is Here To Stay is served up in a particularly tasty sextet arrangement (which evokes the groovy feel of Harry Edison and Jimmy Rowles’s mid-1950s album Sweets) and is a treat to hear, but it’s those catchy new tunes – notably the title track and A Matter of Time – which linger in the mind more than the other classics.

There’s a cool, classy elegance and balmy feel to this gorgeous new album from the London-based singer Georgia Mancio which – along with the voice, guitar and bass line-up (and one of the song choices) – recall the glorious Julie and Julie is Her Name records made by Julie London in the 1950s. Mancio, however, is no clone and stamps each number with her own style which is less pared-down and more daring than London’s. Her gentle, clear and beguiling voice is for the most part beautifully complemented by Nigel Price’s eloquent guitar, along with Julie Walkington on bass; stand-outs include a sublimely sultry Manha de Carnaval (well, the English language version, A Day in the Life of a Fool), a swinging Gone With the Wind and a breezily romantic Moonlight in Vermont. 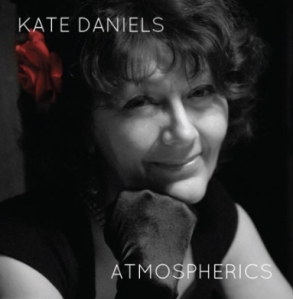 Hers may not be the strongest, most arresting or distinctive voice but British singer Kate Daniels has created a strangely compelling collection of songs on this CD; an introduction to a style she intriguingly (and accurately, based on most of the evidence here) describes as “jazz noir”. These are moody, melancholy, midnight-y arrangements featuring such top British musicians as John Etheridge (guitar), John Horler (piano), Graham Pike (trumpet) and Tony Coe (tenor sax), and a voice that lends itself equally well to gently swinging ballads and gut-wrenching chansons. 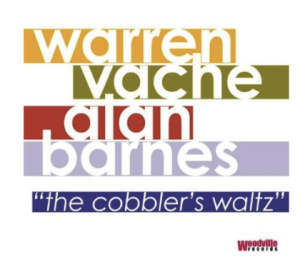 If ever there were two players whose delight in each other’s playing is infectious, it’s the duo of American cornettist Vache and British clarinettist/saxophonist Barnes. Old friends and occasional colleagues, this pair clearly relish opportunities for collaborating – and that certainly shines through on this CD, even before you read Vache’s lively liner notes. More laid-back than their last outing on Woodville, this quintet recording (with top-drawer British rhythm section of John Pearce, Dave Green and Steve Brown) features an inspired mix of off-the-beaten track tunes as well as a couple of insanely catchy original numbers by Vache.

Also newly available on DVD, this is a rare recording of a late-career concert by the maverick pianist-composer Thelonious Monk (then aged 52) in the company of his longtime collaborator Charlie Rouse on tenor sax, plus a much younger bassist and drummer (17-year-old Paris Wright). Monk may have been past his creative prime, playing tunes he had played umpteen times before, and breaking in a new rhythm section – but this concert is hugely enjoyable and fresh-sounding and it went down a storm with the Parisian audience. Maybe for those of us who aren’t Monk maniacs, the slightly more mellow, older incarnation of the pianist has a particular appeal. Veteran drummer Philly Joe Jones, who had been resident in the French capital for a year, was invited up by Monk to sit in on the closing numbers.

Irish singer Tobin introduced the material on this album of Leonard Cohen songs at the inaugural British Vocal Jazz Festival at last year’s Edinburgh Fringe – and the concert was one of the highlights of the event. With her gutsy, powerful voice and unfussy yet passionate style, Tobin turns each song into a vivid story or portrait, and has strong accompaniment from her trio, led by guitarist Phil Robson, which is augmented to include accordion on several tracks – an addition which brings a chanson-y feel to the proceedings.