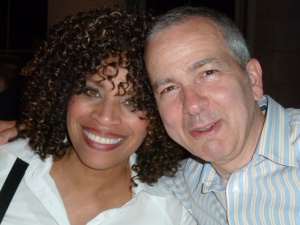 Louis Armstrong was – as singer Clairdee pointed out at the tribute concert at the Queen’s Hall on Saturday – the first great jazz innovator and an influence on every player who followed him. But he was also, as Saturday’s show highlighted, one of the great pop singers of the 20th century, who sang songs by all the greats, was a beloved entertainer and always injected fun into the proceedings.

This side of him was brilliantly evoked by a generous programme which was stuffed with tunes from throughout Armstrong’s long career. Some – Jeepers Creepers, Basin Street Blues and Hello Dolly, for example – were more strongly associated with him than others (Love Is Here To Stay and Autumn in New York don’t leap to mind when his name is mentioned).

Nevertheless, the spirit of Satchmo was certainly in evidence throughout – in the All Stars-like line-up (a front line of trumpeter Leroy Jones, trombonist Katja Toivola and clarinettist/saxophonist Martin Foster) – and in the easy-going, good-natured rapport onstage, especially between singers Todd Gordon and the afore-mentioned Clairdee, a honey-voiced American, whose Scottish debut this was. Their duets from the Ella Fitzgerald and Louis Armstrong records were highlights of the night.

Indeed, with her show-stopping interpretation of Summertime – an elegantly restrained reading of the classic Gershwin ballad – and her gorgeous They Can’t Take That Away From Me, Clairdee probably guaranteed a few more bums on seats for her next jazz festival gig on Tuesday.